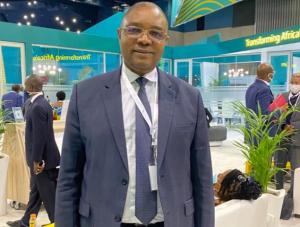 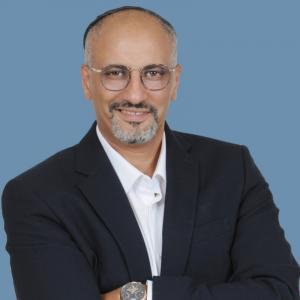 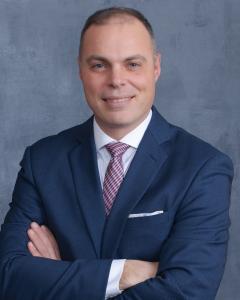 It takes understanding to launch a business, it requires knowledge to build a fortune, and you need wisdom to build wealth and maintain it.”
— David Sassoon, Chairman
NEW YORK, UNITED STATES, January 25, 2023 /EINPresswire.com/ -- Yaoundé, Cameroon

Like the majority of African countries, Cameroon remains relatively unknown to the general public. Many travelers still have a confused image of the typical features among tourist continental destinations.

Nevertheless, Cameroon stands out with a genuine identity expressing diversity and stability, modernity and traditions, dynamism and calm, at once. In short, the country concentrates all the beauties of Africa; which explains why people consider that nobody could really discover Africa without having visited Cameroon. The country is full of melting and contrasting views, which provide tourists with a unique spectacle. In Africa, Cameroon represents a country of its own, enriched with a cultural diversity. This exceptional heritage offers a mosaic of cultures for the satisfaction of all tourist expectations. In short, the outstanding originality of the country is expressed in its cultural diversity.

T'S Corporation Group SA a holding company in Cameroon signed an agreement with Ascott Limited a Singapore company for the development and operation of a five star hotel in Yaoundé. The project’s development cost, which will include residential and commercial amenities and entertainment, is valued $30million USD.

The construction is expected to start in February 2023, financing was secured by Joseph Sassoon Group a U.S. based investment and merchant bank based in New York through a guarantee from Export-Import Bank of the United States (EXIM-Bank).

About T'S CORPORATION GROUP SA
Founded by Justin Talom, a Cameroonian businessman, T'S CORPORATION is a holding company whose subsidiary Dino & Sons is one of Cameroon’s leading exporters of lumber, and a leader in the industry. DINO & FILS SA. is a major player in the forest industry sector where it operates several forests scattered on the national territory constituting 240 000 hectares. DINO & FILS SA. traditionally achieves 90% of its turnover abroad on sales of products manufactured in its two industrial sites of Abong-Mbang (East Region of Cameroon) and Nkolfoulou-Soa (Central Region). The company markets all its products through entities in Switzerland and Canada. The company employs 1050 people and generated a turnover of 27.7 million dollars in 2021.

About Joseph Sassoon Group
Joseph Sassoon Group is an SEC and FINRA registered investment bank based in New York with offices in London, Athens, and Cyprus, the firm is a subsidiary of J. Sassoon Financial Group a holding company owned by the Sassoon Family Continuation Trust. Joseph Sassoon Group is a successor investment advisor to a 500 year legacy merchant bank, Shoshan Frères & Co founded by the Sassoon family in 1512 in Thessaloniki, Greece. In the 17th century, the firm moved its operations to Aleppo, Syria and later expanded to Egypt, and later consolidated its activities into a family office in 1965 in the United States under the brand Sassoon & Co. Today, Joseph Sassoon Group reemerged as a commercial financial institution where it is reestablishing its presence in the financial services, hospitality, technology, energy and mining sectors through its various affiliates. The firm is lead by Daniel Corey, the Group’s CEO, a former banker with JP Morgan Chase and SUMITOMO Corp of America. He is supported by a team of financial and investment banking experts operating in New York, London, Athens, and Nicosia. The Group's chairman is David Sassoon, a scion of the Sassoon Jewish family of Aleppo.

About Ascott Limited
The Ascott Limited (Ascott) is a Singapore company that has grown to be one of the leading international lodging owner-operators. Ascott's portfolio spans more than 190 cities across over 30 countries in Asia Pacific, Central Asia, Europe, the Middle East, Africa and the USA. Ascott has more than 70,000 operating units and about 51,000 units under development, making a total of more than 121,000 units in over 770 properties. Ascott, a wholly owned subsidiary of CapitaLand Limited, pioneered Asia Pacific’s first international-class serviced residence with the opening of The Ascott Singapore in 1984. Today, the company boasts over 30 years of industry track record and award-winning brands that enjoy recognition worldwide.

For inquiries or corrections to Press Releases, please reach out to EIN Presswire.
✕
× Close Ad