TORONTO, Jan. 25, 2023 (GLOBE NEWSWIRE) -- The latest results from Lavras Gold Corp.’s (TSXV: LGC) LDS project confirm that LDS is a mineral system that hosts extremely high-grade gold, silver, and copper in certain areas. The results are from Matilde Extension, one of 23 known targets at the LDS project in Southern Brazil. Two of the targets—Butiá and Cerrito—have consolidated NI 43-101 resources of 1 million gold ounces. Two new discoveries—Zeca Souza and Matilde—were announced in 2022.

“The results from hole 21MT020 are very exciting, and not just because of the extremely high gold grades,” said Michael Durose, President and CEO of Lavras Gold. “We are also seeing chalcopyrite and bornite, which are two important copper sulphide minerals that are typically associated with higher temperature fluids and high-grade gold and silver. These results may be directing us to a possibly higher grade core of mineralization in the Matilde Extension area.”

Seven holes totalling 3,123 metres were drilled at Matilde Extension, located 675 metres northeast of the Matilde discovery (see Figures 1 and 2). While mineralization was encountered in all seven holes, 21MT020 is the best hole. This hole intercepted three intervals of mineralization, with the third intercept being the most important.

It was characterized by a thick interval of continuous mineralization featuring very high-grade gold, silver, and copper. It assayed 10.00 metres grading 13.21 g/t gold, 22.94 g/t silver, and 0.22% copper from 345.00 metres, including:

Table 1 highlights the assays from hole 21MT020. Assays for all seven holes are listed in Table 2.

The key takeaways from the results to date at Matilde Extension are:

This discovery is 675 metres northeast of the Matilde gold deposit (see Figures 1 and 2). Seven drill holes totaling 3,123 metres tested Matilde Extension. The drilling is part of a 16,000-metre drilling program. To date, 6,000 metres have been drilled.

All holes intersected multiple intervals of mineralization (see Table 2 and Figure 3). Importantly, high-grade gold, silver, and copper mineralization has been encountered in three holes, suggesting a metal zonation vector towards a higher-grade zone of mineralization within the Matilde/Matilde Extension corridor.

The first hole 21MT018 was drilled from north to south and designed to test a magnetic low feature interpreted to be an east-west structure overlying a coincident gold in soil anomaly (see Figures 2 and 3).

The hole intercepted multiple narrow gold values within altered granodiorite such as:

There were no significant silver or copper values in this hole.

Drillhole 21MT020 was collared 100 metres east of 21MT018 and drilled from north to south. This hole was designed to test the intersection of an east-west and northeast-southwest structure that underlies a gold in soil anomaly (see Figures 2 and 3).

The hole intersected one shallow interval of gold followed by two significant intervals of gold, silver, and copper. Table 1 provides a detailed breakdown of assay results.

This zone of mineralization consists of intense hydrothermally altered and brecciated granodiorite consisting of semi-massive zones and veins of sulphide minerals including bornite, chalcopyrite, and pyrite (see Figure 4).

Petrographic work confirms that this zone consists of a red-brown colour attributed to hydrothermal potassium feldspar, albite, and carbonate components of the rock. The rock is comprised dominantly of highly altered medium-grained quartz and feldspar, and relatively coarser-grained white mica (sericite/muscovite and phengite). The coarse-grained muscovite commonly hosts minute inclusions of fluorine-apatite. Compositionally, coarse-grained muscovites have no iron and may represent primary phenocrysts. The finer-grained hydrothermal muscovite has an iron-component making them phengitic.

These results suggest that the mineralization is related to magmatically derived hydrothermal fluids that were carrying significant amounts of gold, silver, and copper.

These results suggest that metal-bearing hydrothermal fluids travelled upward towards the surface through small fractures in the host granodiorite. Metals precipitated out into these fractures. Further work is required to understand where these fractures and veins may widen out.

The higher degree of alteration may be indicating that we are closer to a wider and more intensive zone of mineralization.

For hole 22MT038, Figures 8 and 9 show quartz-sulphide (chalcopyrite and trace pyrite) filling microfractures that display strong potassic alteration selvedges that rim the microfractures. These features were observed within relatively fresh granodiorite at a depth of 105.00 and 172.00 metres respectively. Assay results include 1.00 metre grading 7.50 g/t gold, 1.57 g/t silver, and 0.13% copper from 105.00 metres.

The current interpretation is hydrothermal fluids containing metals are leaking out to the surface through a network of relatively tight microfractures. However, there are more significant gold, silver and copper areas associated with wider brecciated zones of mineralization at depth. Further work is required.

Lavras Gold is continuing with its 16,000-metre drilling program and two drills are on site. Approximately 6,000 metres of the 16,000-metre program have been completed so far. The drills are currently testing targets at the Matilde and Galvo areas. Immediate drilling plans will also test targets at Zeca Souza and Matilde Extension. A regional soil survey program is on-going over the Caneleira area. Material future results will be disclosed when received.

Michael Durose, Lavras Gold’s President and CEO, is a qualified person as defined by NI 43-101. He has reviewed and approved the scientific and technical information contained in this release.

Drill core is logged and sampled in a secure facility located in Lavras do Sul, Rio Grande do Sul State, Brazil. Drill core samples for gold assay are cut in half using a diamond saw and submitted to ALS Laboratories Inc. in Goiania, Goiás State, Brazil for preparation by crushing to 70% passing 2.0 mm, riffle splitting to obtain 500 g aliquots, and pulverizing to 85% passing 75 microns.

Pulps are shipped to ALS Laboratories in Lima, Peru and analyzed by a 30 g fire assay and AAS finish. For assays above 10 ppm gold, a cut of the original pulp was re-assayed with a gravimetric finish.

Certified standards, non-certified blanks and field duplicates are inserted into the sample stream at regular intervals, so that QA/QC accounted for about 10% of the total samples. Results are routinely evaluated for accuracy, precision, and contamination.

Lavras Gold (TSXV: LGC) is a Canadian exploration company focused on realizing the potential of a multi-million-ounce gold district in southern Brazil. Its Lavras do Sul Project is in Rio Grande do Sul State and is primarily an intrusive hosted gold system of possible alkaline affinity. More than 23 gold prospects centred on historic gold workings have been identified on the property, which spans more than 22,000 hectares.

FORWARD-LOOKING INFORMATION
This news release contains certain “forward-looking information” within the meaning of applicable securities laws. Forward-looking information is frequently characterized by words such as “plan”, “expect”, “project”, “intend”, “believe”, “anticipate”, “estimate”, “may”, “will”, “would”, “potential”, “proposed” and other similar words, or statements that certain events or conditions “may” or “will” occur. These statements, including those on planned exploration activities and goals, are only objectives and predictions. 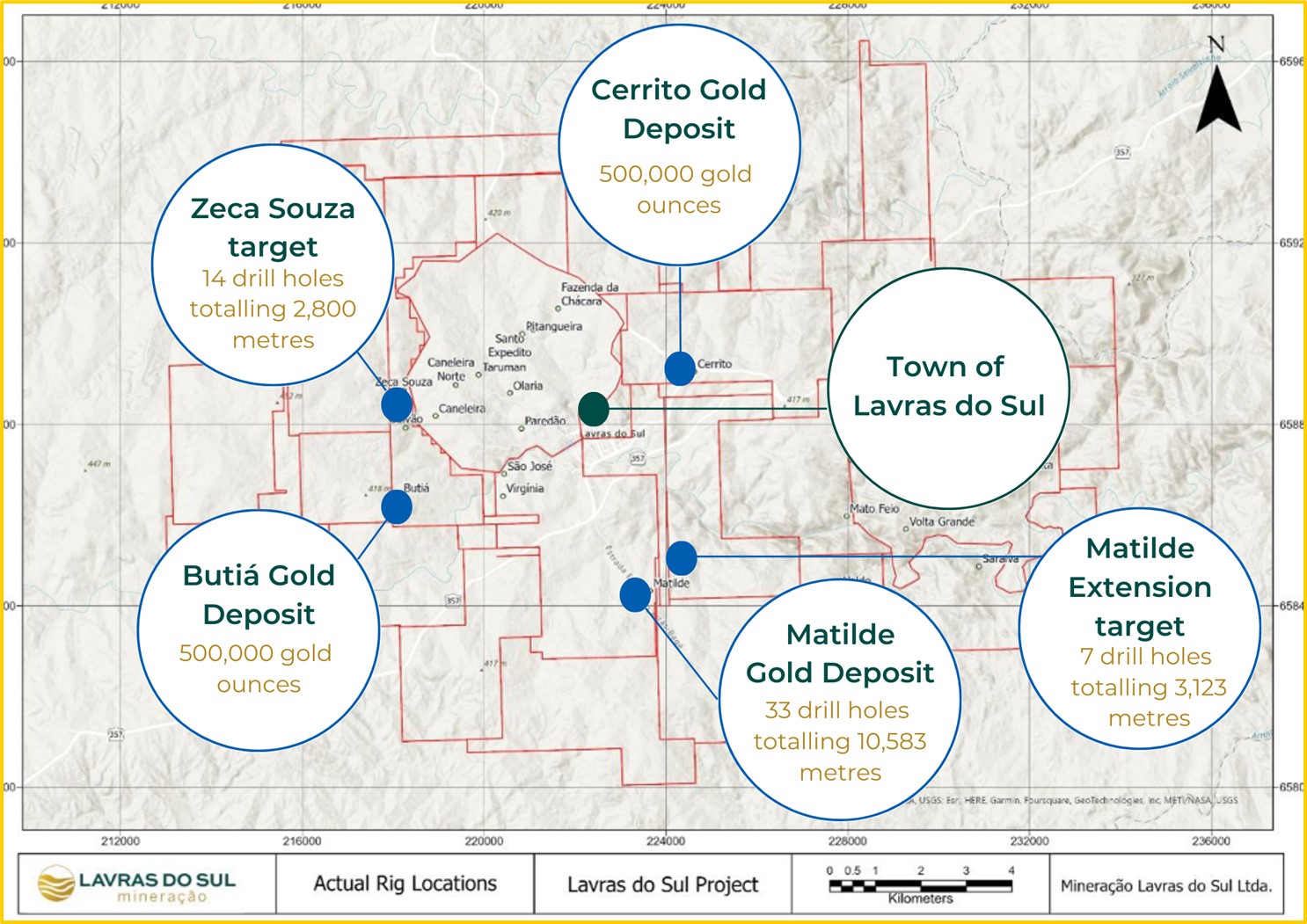 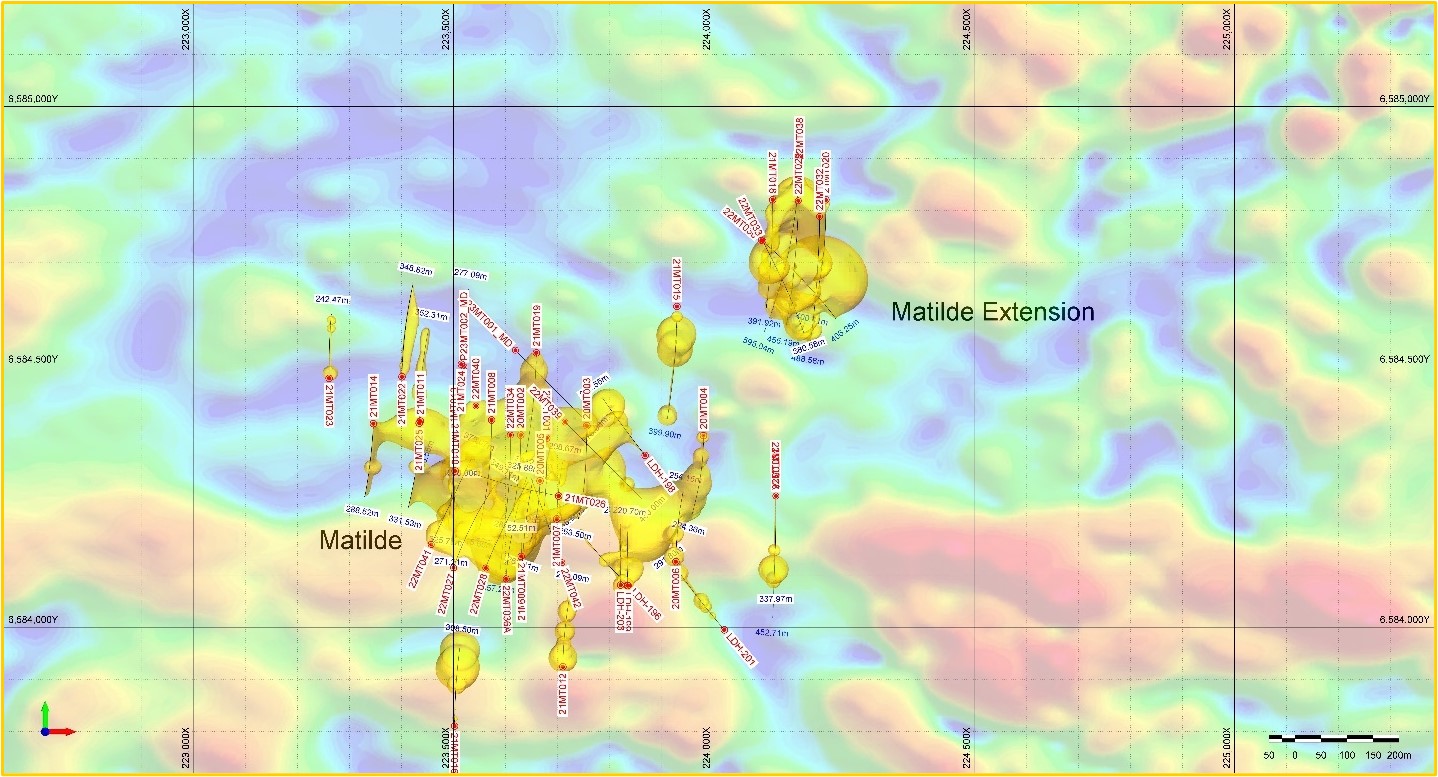 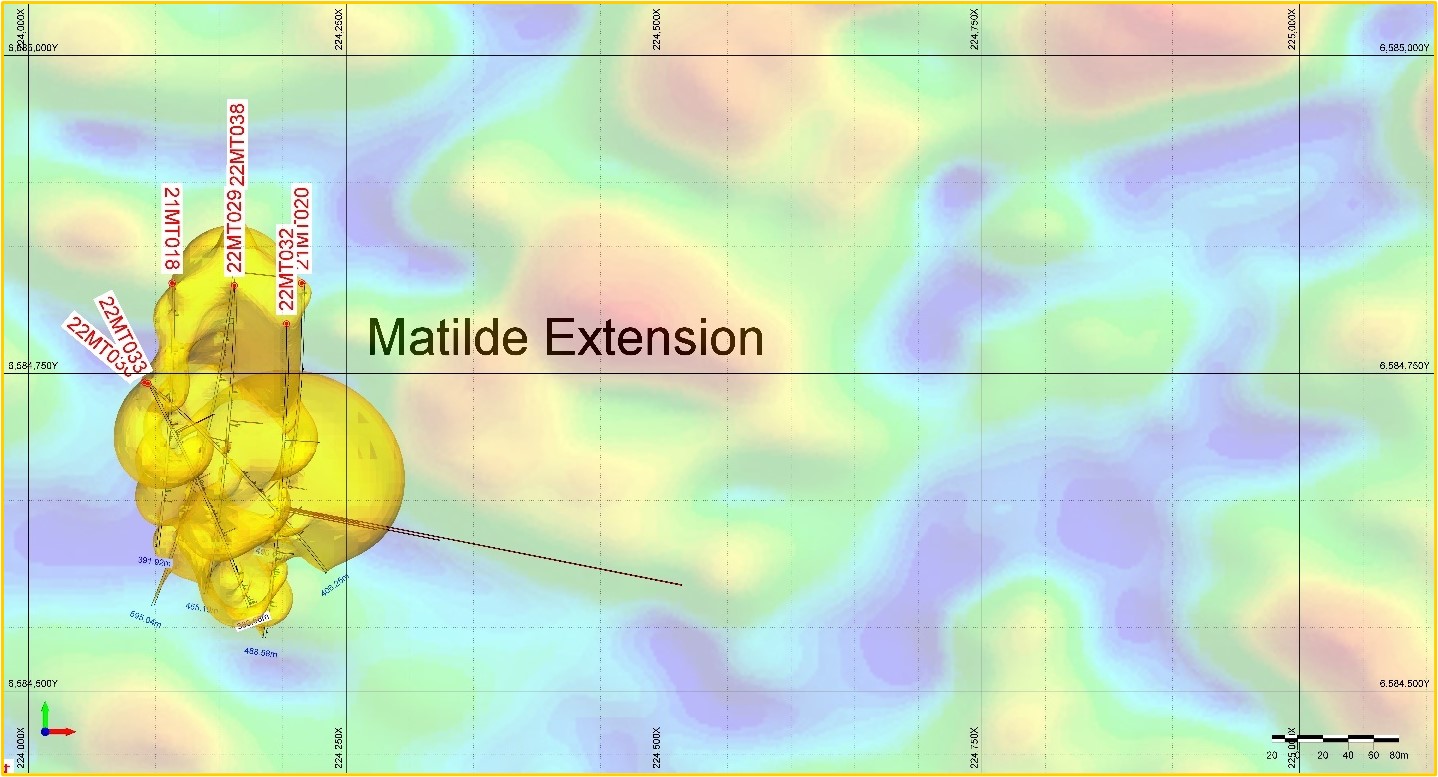 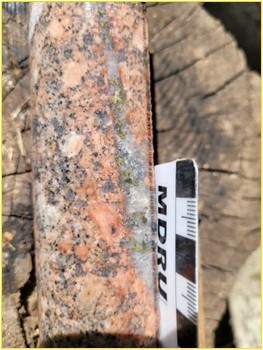 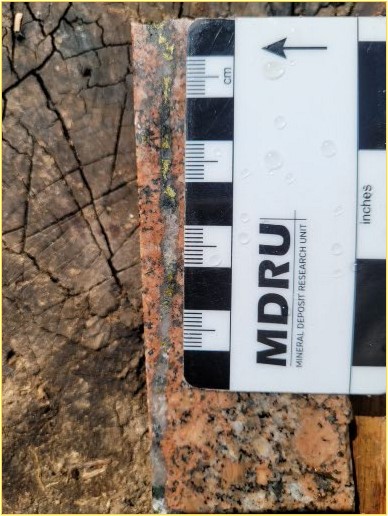 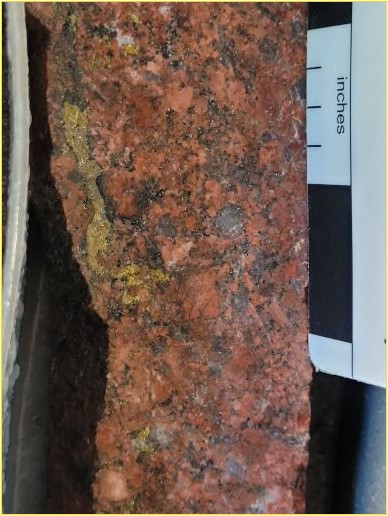 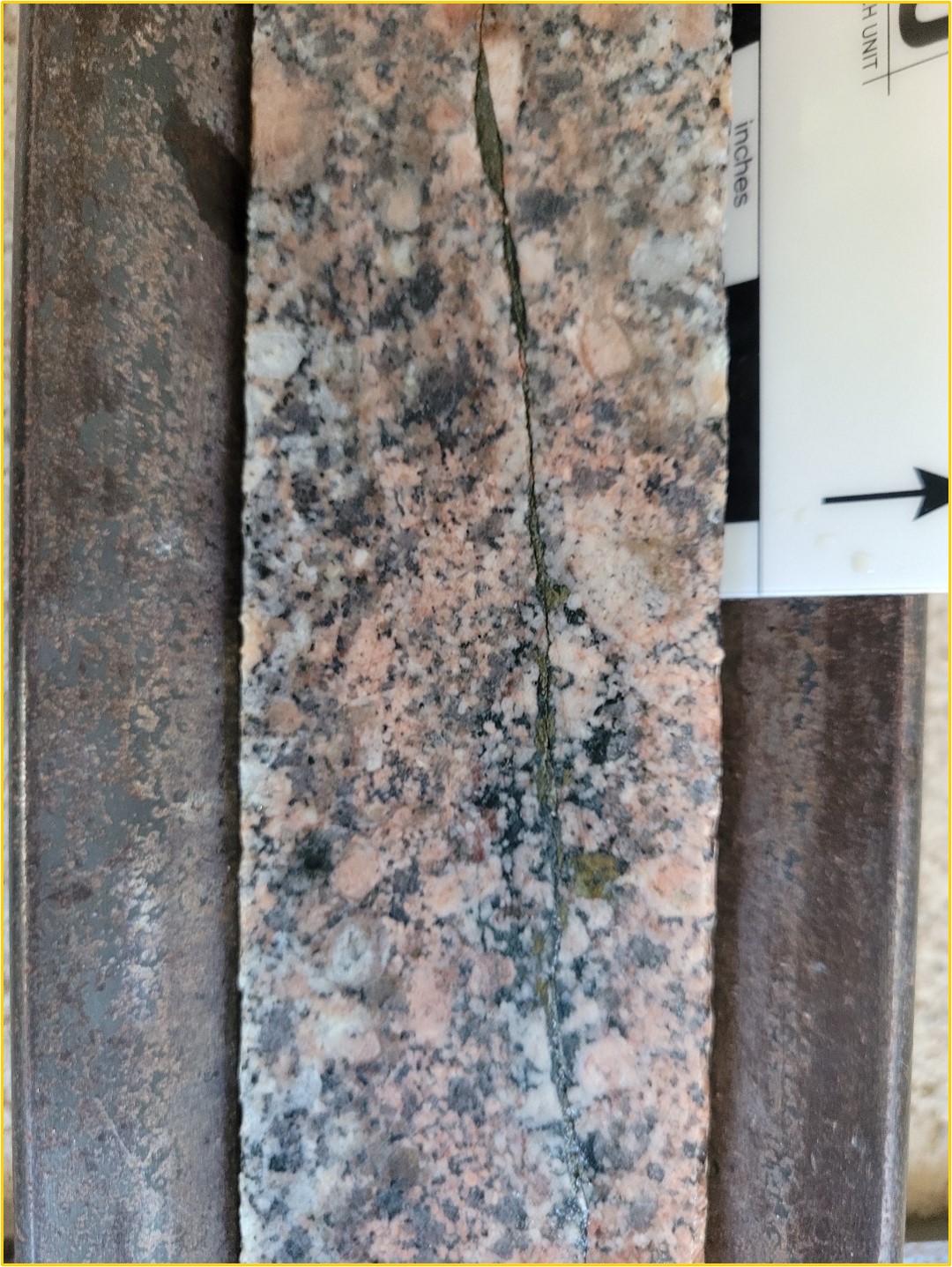 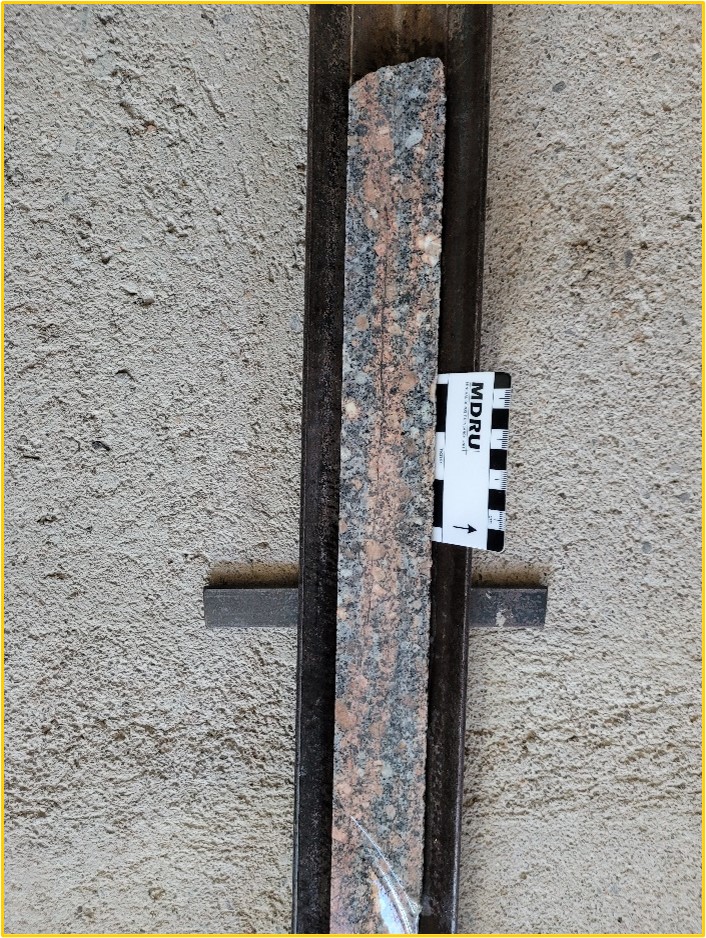 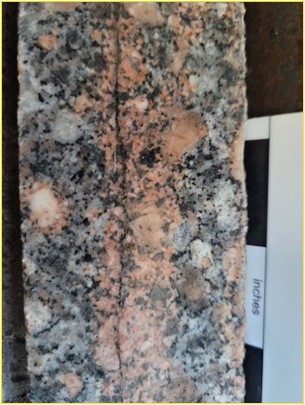 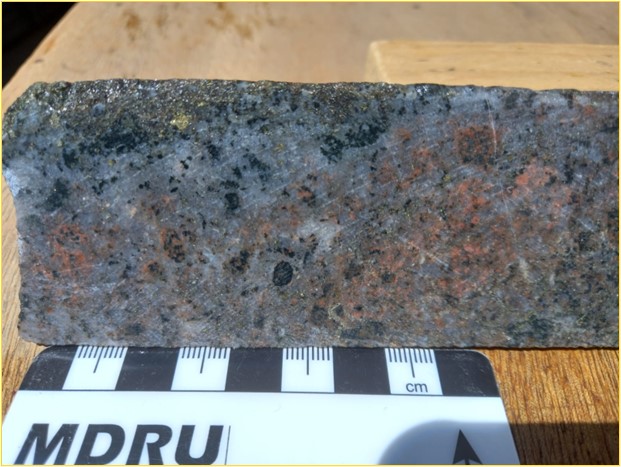 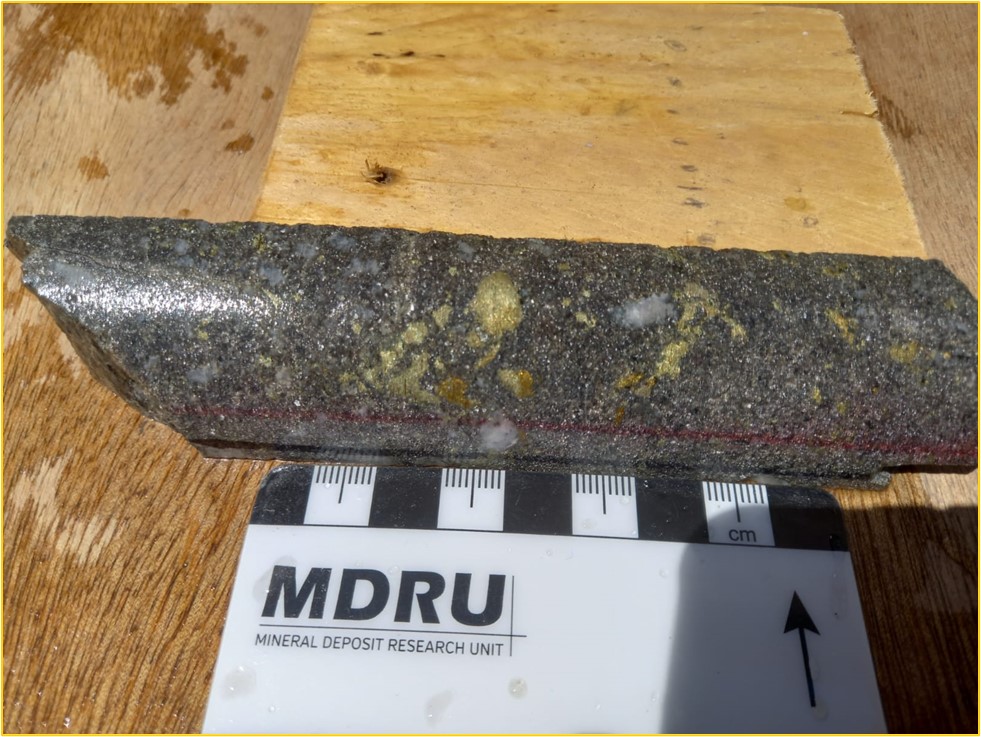 Photos accompanying this announcement are available at

For inquiries or corrections to Press Releases, please reach out to GlobeNewswire.
✕
× Close Ad