Wheeling, W.Va. (WTRF)–First, it was toilet paper and disinfectant wipes.

Predominantly ketchup packets that are in somewhat of a short supply.

Quaker Steak & Lube Marketing Manager Christine McNichol Thomas, who works at the Highlands says, “I hope it’s not like the toilet paper. I remember in April we never missed a day of work here as managers. We were open from open to close in March and all of April. I can remember trying to get done after work and going to get toilet paper and there was none anywhere. So, I’m hoping it doesn’t happen to ketchup.”

Takeout has been quite popular during the pandemic and what people want in their togo cartons is ketchup.

Many restaurants nationwide are noticing the shortage, but employees like McNichol Thomas, say so far, so good.

McNichol Thomas adds, “Luckily, we have not had a shortage on ketchup packets. We do ketchup packets for all togo orders sometimes on the weekends when it’s extremely busy. We still use the packets. Mostly we have jugs and we’re pumping them out, two and three-ounce cups.”

When they aren’t supplying customers with little containers of ketchup, McNichol Thomas says they give them three packets on the average, but have even been known to add as many as five or six packets per order of fries.

According to McNichol Thomas, Quaker Steak & Lube at the Highlands goes through about 15,000 ketchup packets per week.

“Before inside the restaurant we used ketchup bottles. Now we throw away ketchup, throwaways salt and pepper packets. Everything is a one-time use, ” says McNichol Thomas, “So, I’m hoping that we are lucky we have a great supply company, but if everyone continues to keep doing everything with throwaways I am sure at some point it is going to be hard to keep up with.”

“A lot of customers are grabbing their hands full which is probably more than you really need in a single sandwich, but I guess they want to have an extra, few packs at home which makes the problem worse,” says Coleman’s Fish Market owner Joe Coleman.

At Coleman’s Fish Market in Center Market there seems to be plenty of Heinz packets.

Coleman says, as a matter of fact, he got ten boxes of packets in with no problem.

He says he started to switch it up using another brand of ketchup even though Heinz is the most popular brand.

Coleman adds, “Actually one of my employees loves ketchup. It is actually the Red Gold brand and he said it’s actually pretty good. He loves ketchup. His wife says he uses three bottles a month at home, so he says it’s pretty decent. It’s good. ”

According to Coleman, it isn’t the ketchup itself, he says it’s the machines at the ketchup plants which are the problem because they cannot pump out the packets fast enough.

He continues, “The real issue is they don’t have single packet machines to fill the current demand right now. The thing that’s being used right now is carryout. That’s a big volume and there’s not enough machines to do the carryout packages.”

Coleman also says, even if there is a true shortage of packets for a while, people shouldn’t be concerned about it.

“Actually what’s happening with ketchup has happened to other products over the course of this last year, ” says Coleman, “What’s good this month is not good next month and I’m not sure what will happen next month. We just keep on readjusting until the supply lines get back to normal. It’ll settle back out again.”

Coleman says he is possibly considering a potential solution to the pause on packets if his orders aren’t met.

He says, “If I had a super recipe for ketchup, which I don’t, I could actually package my own which is actually pretty cool.”

Coleman along with any other businesses, like Heinz, would have loved to predict whether their specific product would be in higher demand than their supply during the pandemic.

He says that someone actually just said to him the other day, when they heard about the potential shortage of ketchup packets, that “Heinz-sight” is 20/20.

CADIZ, OHIO (WTRF) --- The Cadiz Police Department confirmed that one of their own has passed away.

Sergeant Paul Howell, 65, of Scio, died suddenly on Friday after working midnight shift at the department.

WHEELING, W.Va. (WTRF) -- The Wheeling Nailers and WesBanco Arena announced this afternoon on their Twitter page that fans vaccinated for COVID will no longer need to wear masks at home games.

This is effective starting tonight, May 15.

The repair and restoration project on the Monument Place Bridge on National Road in Wheeling is expected to start just after the Memorial Day weekend.

Find the perfect job at the WTRF Job Fair in June

Raminator makes its return to the Ohio Valley, smashing cars and wowing crowds 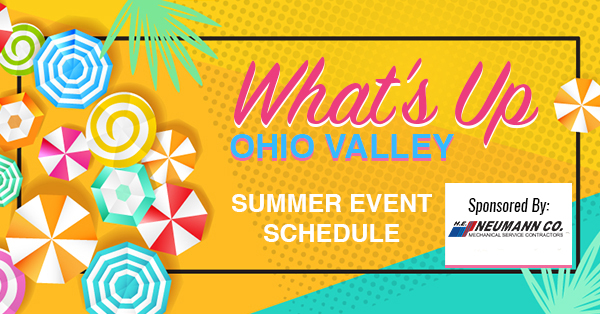 Find the perfect job at the WTRF Job Fair in June